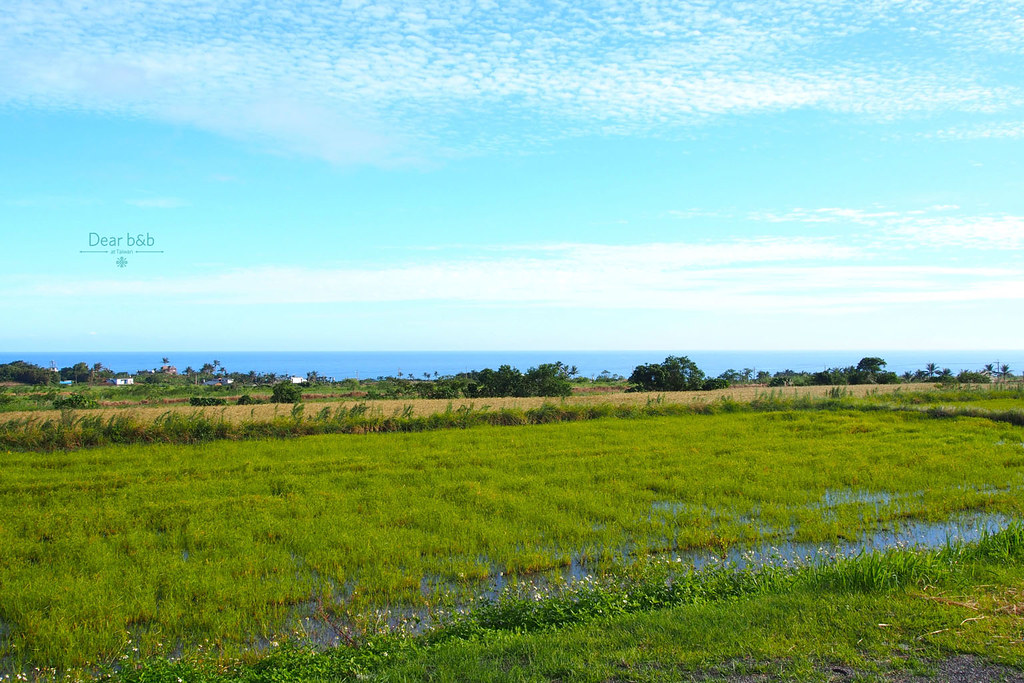 On a weekend, the bright sun shines on the coastal highway, while your floral hat is dyed with a hint of golden yellow from the rice paddies. Once you drive into the scenic countryside, lots of pastoral charms embrace you. Under the azure sky and the brilliant sunshine, a leisurely weekend vacation awaits you and your other half ahead. The wooden signboard engraved with “Farm Maison” by the rice field leads you to turn into the green gravel road – a country road replete with a sense of happiness. 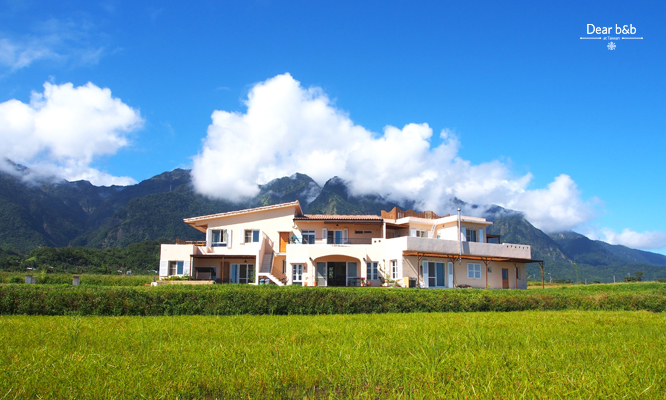 Getting off the car, after stretching your body, you look around the house to find the scenery greeting you. Behind the house is the misty Coastal Mountains Range with clear ridgelines, while in front of the house, the boundless Pacific Ocean can be seen through rice paddies. Sits in between is a house painted in light orange with thick beams and an elegant arcade entrance, accompanied by blooms of morning glory and vines. It reminds you of the country retreats in European movies and makes you look forward to creating joyful memories of your own here.

The staff, wearing a pair of silk and linen cropped trousers, comes out barefoot and greets you with a warm smile, looks very comfortable. Opening the French door, the space is awash with the rich aroma of freshly brewed coffee on a handbuilt antique table. After browsing through the delicate porcelain plates and exotic silver spoons of the hosts’ collection displayed in the lounge, you choose to sit in the cosiest corner to relax. Push the white wooden window open, you look at the idyllic scene with a background of endless blue ocean and your inner peace has already been found. 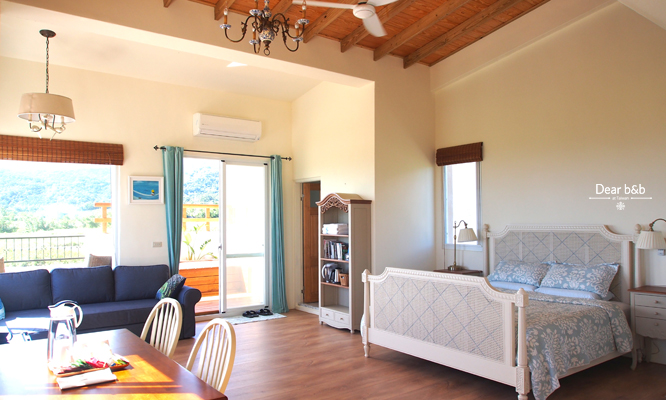 As you cheerfully stroll around the house, a kitten imitating your steps also wanders by your side. Let the fair sunshine embraces your body and soul, and follow the kitten’s footprints to find some good times here.

Once insert the keys to the quaint door locks of four distinctive rooms, each opens to a unique indulgence. “Morning Sun Double Room” takes up a private corner of the house and allows you to enjoy intimacy with your partner. You may gaze afar for stunning mountains on the veranda or greet sunrise at the window overlooking the ocean. In the “Starry Night Room,” the feel is boundless with the broad view of sky and sea. A white ceiling fan rotates under the pitched roof, while white country style bed frames loaded with soft blue floral linen sheet can wrap up your dreams. Also, a long wood table and a denim sofa are perfect for couples to relax and look at the sea in a daze. When night falls, turn off the blue-and-white porcelain lamp and look into the starry sky in an open white bathtub, what else can be more satisfying? “Sea-watching Attic” is like a violet garden, as a secret base is hidden within its elegant French style décor. Its spacious balcony overlooks the ocean and fields. “Plant Happiness Family Room” is the dream realized from the blueprint of happiness. It contains a small kitchen and living room, recreating the warm relaxation of home. The corner with the ocean view and the comfy bedroom all make your stay even better. 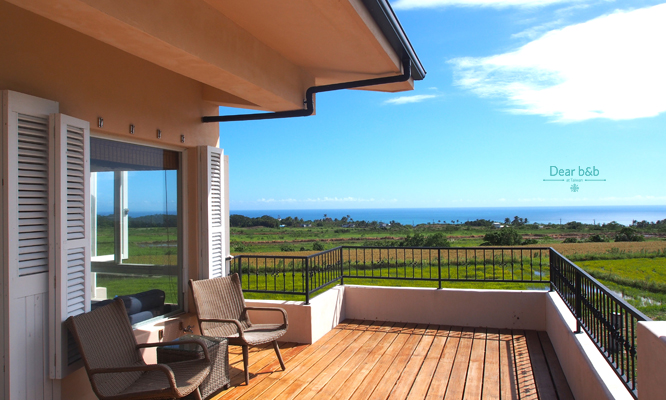 Bonjour! cheers to the beautiful life

In the morning, you watch the sun gradually rising from the Pacific Ocean, while a cool breeze strokes your face and accompanies wild goose flying over the paddy field. At eight thirty, as a carefree bluebird, you enjoy the hearty breakfast made by the staff. There are handmade bread with butter or homemade jam, healthy freshly ground soy milk and aromatic milk coffee, and panna cotta with fresh fruits, accompanied with the rural scenery and sea breeze. Bonjour! Just take a big bite of this laid-back vacation time!

After breakfast, you return to your room to rest for a while. Playing some relaxing music, you draw the scenery down or write the diary, enjoying the peaceful moment to your heart’s content. Perhaps to end this trip by visiting a secret spot is a good idea, you think to yourself. As you drive through the rice field, the light blue ocean and azure sky are reflected in the rearview mirror as saying goodbye to you. The seed of happiness planted in your heart starts to sprout as the lingering aftertaste of this wonderful journey just keeps you smiling on the way home. 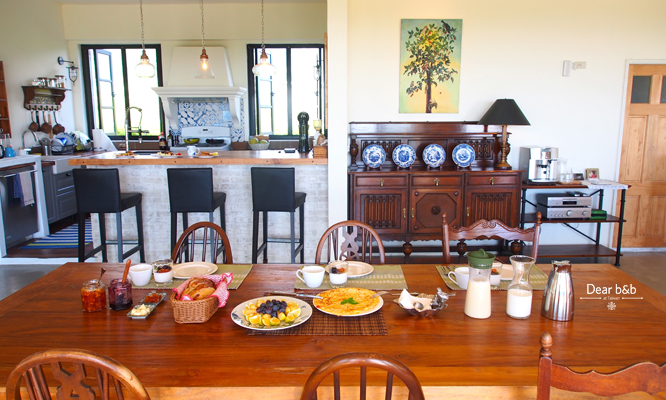 Hank and Lillian・Bring Home the Seeds of Happiness

At Farm Maison, the warm atmosphere of the French countryside permeates each corner. In the morning, we just met the host couple, Hank and Lillian, who returned from Tainan last night. There was no weariness but vigor and vitality on their faces. One was wiping off the dust brought by the sea breeze last night, while the other was assembling a new swing by the farmland. They greeted us with smiles and shared their stories with us. 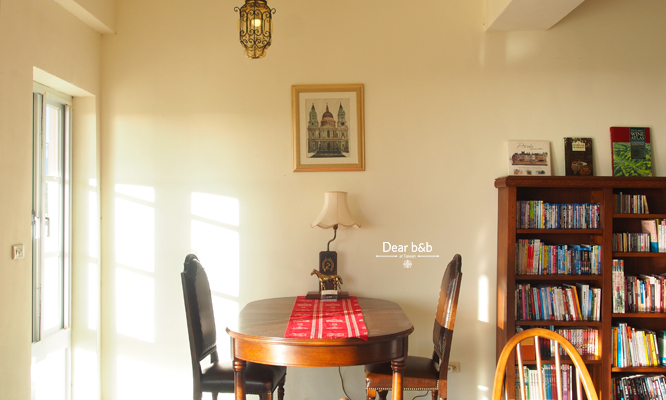 Two lonely souls away from home met at cram school

They were two young people left home to go to the cram school in Taipei. In that crowded classroom, they happened to sit side by side. And as fate brought them together, they fell in love with each other. Hank, who was born in Penghu, was a dark-skinned and straightforward boy. He used to be a thrill-seeker, always bravely pursuing things he liked. When he studied at Cheng Kung University, most of his classmates were boys; therefore, when he signed up for the cram school, he chose a seat next to a girl. A simple act bonded them for a lifetime.

“At the first sight, I know she is the gift that falls from the sky,” says Hank, looking at Lillian with a coy smile. The love affair started with borrowing pens and books from each other and without any quirky twists. As a boy and a girl from the countryside, their imagination about love was simple and beautiful. The loneliness in a strange city they both felt brought them closer and closer, and they eventually became each other’s warm havens. 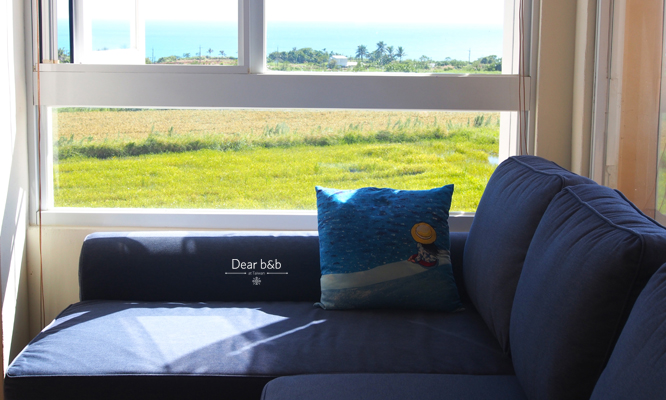 With the love for travelling, they complete each other's map

Lillian, who bore a gentle temperament, missed the warmth of her hometown and eventually returned and taught in Tainan. And Hank, after finishing the military service, instead of entering the technology industry that welcomed people with a master degree, came to Tainan for love and set foot on automotive lighting business. Originally, Hank got an opportunity to be assigned to Ottawa for training, but in that way, he had to face the separation from his newly built family. An invisible hand altered the couple’s destiny by opening another path for Hank to become a teacher as well. Therefore, they were able to lead a simple life in Tainan together.

With their stable incomes and both had regular vacation time, the two passionate travellers began their long journey. Apart from embarking on the journey of life together, they also travelled to every European country. In 1996, they went to Paris on honeymoon. Back then, the Internet was still not popular, so they collected newspaper clippings for travel information and held a map to explore the City of Love. When they got lost, some enthusiastic old Parisian ladies tried to help but with their fingers pointing in different directions. They met a grey-haired guard of an ancient castle who was fixing a bicycle by the gate, accompanied by his horse. Hank and Lillian loved and enjoyed this kind of warm feeling of interaction with people. On the road, the two travel fanatics never had a quarrel with each other. “Fighting is tiresome. We are just grateful that we can travel together.” They are the missing pieces of each other’s map, and by putting together they form the most wonderful scenery of their life. 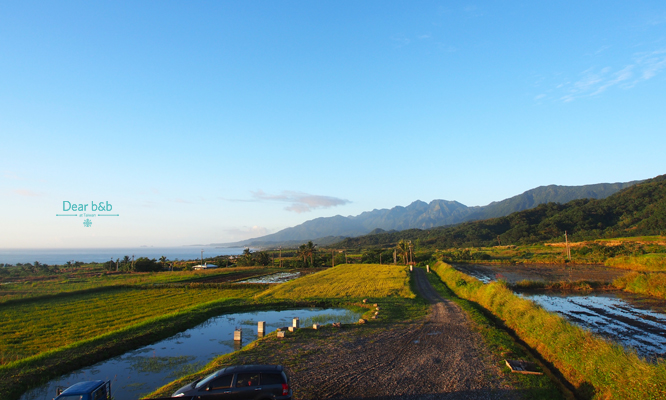 After their children were born, the couple still insisted on travelling annually. The family would drive the modified camper van to Hualien and Taitung to enjoy the nature and wildlife. And even as far as Europe, they also took the kids there and left their footprints all over European countries. When travelling is a common hobby, living in the moment is the best way to share their love together.

“What inspired us to open up a B&B was that trip to Italy. We stayed at a B&B run by an old lady, who had grey streaks in her hair but still got this shiny and youthful look on her face.” The chat with the hostess made the seeds of their dream start to sprout. The couple both loved Taitung and thus decided to nurture the longing in the land of Changbin. They imagined the retirement life after the kids grow up, that both of them will stay in Taitung and manage Farm Maison, meet travellers and share stories with each other. Lovely flowers of friendship will bloom upon the encounters taking place at Farm Maison, they sincerely hoped.

Though Hank and Lillian haven’t yet begun their life at Farm Maison, travellers can enjoy the space of happiness and laid-back exotic ambiance through the considerate care from the staff. Loving to travel and share, the hosts are striving to plant that magical seed in the heart of every traveller.

Inaccuracy may occur when using Google Maps Navigation. Please enter 種下幸福民宿 for GPS location and contact the lodging when arriving.

Inaccuracy may occur when using Google Maps Navigation. Please enter 種下幸福民宿 for GPS location and contact the lodging when arriving.